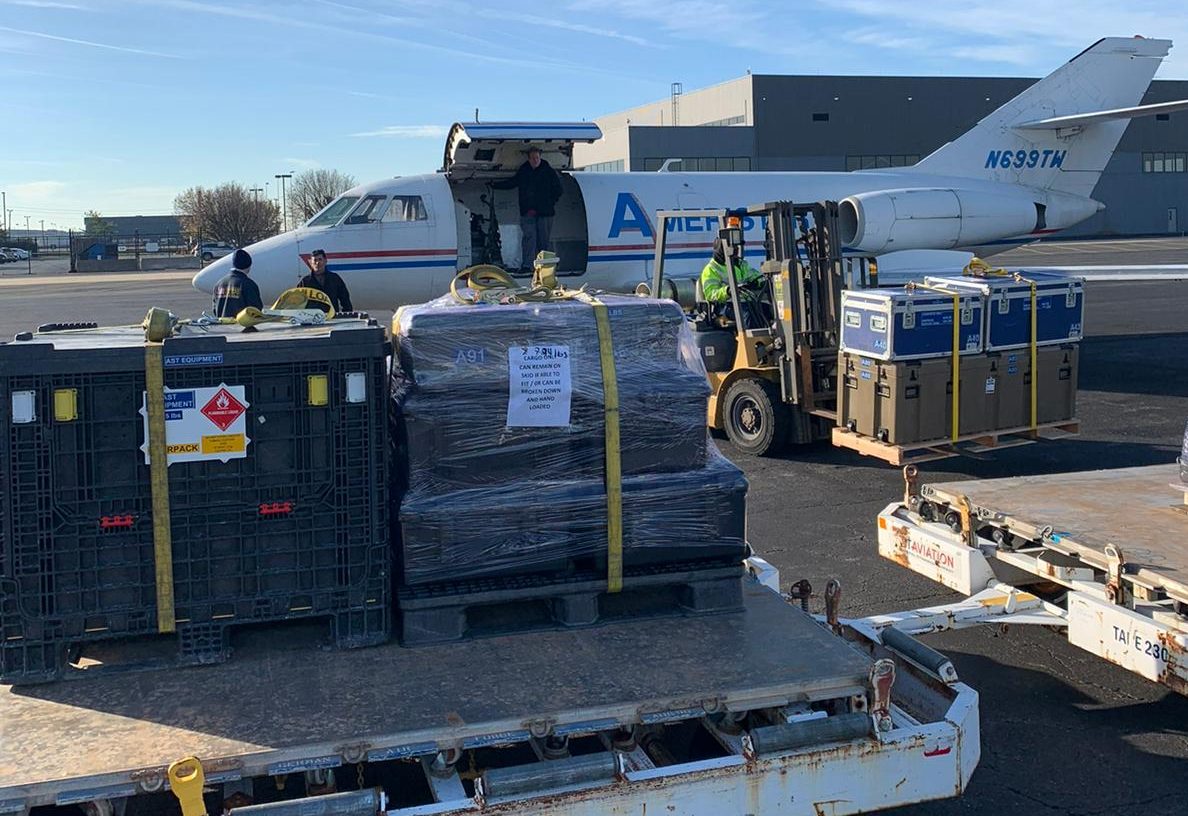 The devastating impact of twin cyclones in November 2020 left many parts of Central America under -water, without power, basic healthcare & sanitation facilities. Rapid logistical access to Honduras was even more critical due to the impact of COVID-19 and the lack of commercial flights into the country, as well as the country’s second principal airport at San Pedro Sula being completely submerged under water.

Priority Worldwide was called upon by the governments of USA and Canada to assist with the logistical response to Honduras and Nicaragua, who had asked for international assistance, including search & rescue and medical facilities assistance.

Priority’s US office had to think outside the box when assisting a US Search and Rescue team to mobilize quickly to Honduras from Washington Dulles. We were able to provide two charter aircraft within less than 36 hours’ notice of tasking; One cargo jet aircraft to transport the SAR equipment and one passenger jet aircraft to transport the responders themselves to a US military base just south of San Pedro Sula.

Simultaneously, Priority’s Canada office was also having to respond to urgent humanitarian response to Honduras. Working with Canada’s Red Cross international team, Priority was first tasked with the requirement of how to send down an advance party to prepare for the deployment of an Emergency Mobile Hospital Clinic in San Pedro Sula. Again, at short notice, and with a lack of commercial flight options available due to COVID, we organized passenger jet charters directly out of Toronto Pearson. The clinic and its accompanying equipment, including vehicles and medical supplies, was flown down 48hours later by two Boeing B767-300F charters departing Hamilton. Priority’s licensed customs brokers dealt with all the necessary export formalities and pre-carriage transport from the warehouse.

One week later, Priority Worldwide Canada organized a third cargo charter flight, this time transporting donated food & medical supplies from the Government of Canada to the Government of Nicaragua using a Boeing B767-200F aircraft. During the months of December 2020 and January 2021, we  have continued to support Red Cross teams traveling to & from Honduras by aircraft charter, due to the high level of COVID-19 restrictions and limited commercial air access to the country.